Williams was the owner of Queens Landing, a sightseeing and dinner tour business on Lake Norman. His generosity toward charities was well-known throughout the region; but few people knew what was to come after his death.  On Saturday, August 27, the Vice-President of the company and his cousin Deborah Harwell, presented a check for a surprise amount of  $1 million to the Oasis Shriners.  The funds will go to the Shriners Hospitals for Children.  Receiving the gift was Johnny King, the current Potentate of the Oasis Temple and Al Madsen, the Past Imperial Potentate.  Guy Cline of UBS, manager of the trust, assisted  in the presentation.

On Sunday, August 28, Harwell presented a second $1 million check to the Fallston Baptist Church in Fallston, NC, the home church of Williams.  “He wanted to give back to a place that gave him so much while growing up,” said Harwell.  Those funds will go toward construction of an Activities building for the Church.  The focus of the building will be on children and seniors.

In September, Harwell will travel to the Medical University of SC to present a third $1 million check to assist in building a new Children’s Hospital in Charleston, SC and toward research at the Storm Eye Clinic.

“Jack had some health issues growing up and he knew what it was like being a child patient for an extended period of time.  This was his chance to help the lives of many children,” said Harwell.

Past Imperial Potentate Al Madsen (left) and current Potentate of the Oasis Temple Johnny King (right), received a $1 million donation on Saturday for the Shriners Hospitals for Children from the Trust Fund of the late Jack R. Williams. Williams was the owner of Queens Landing in Mooresville, NC. Presenting the check on his behalf was Vice-President of the company Deborah Harwell (center). 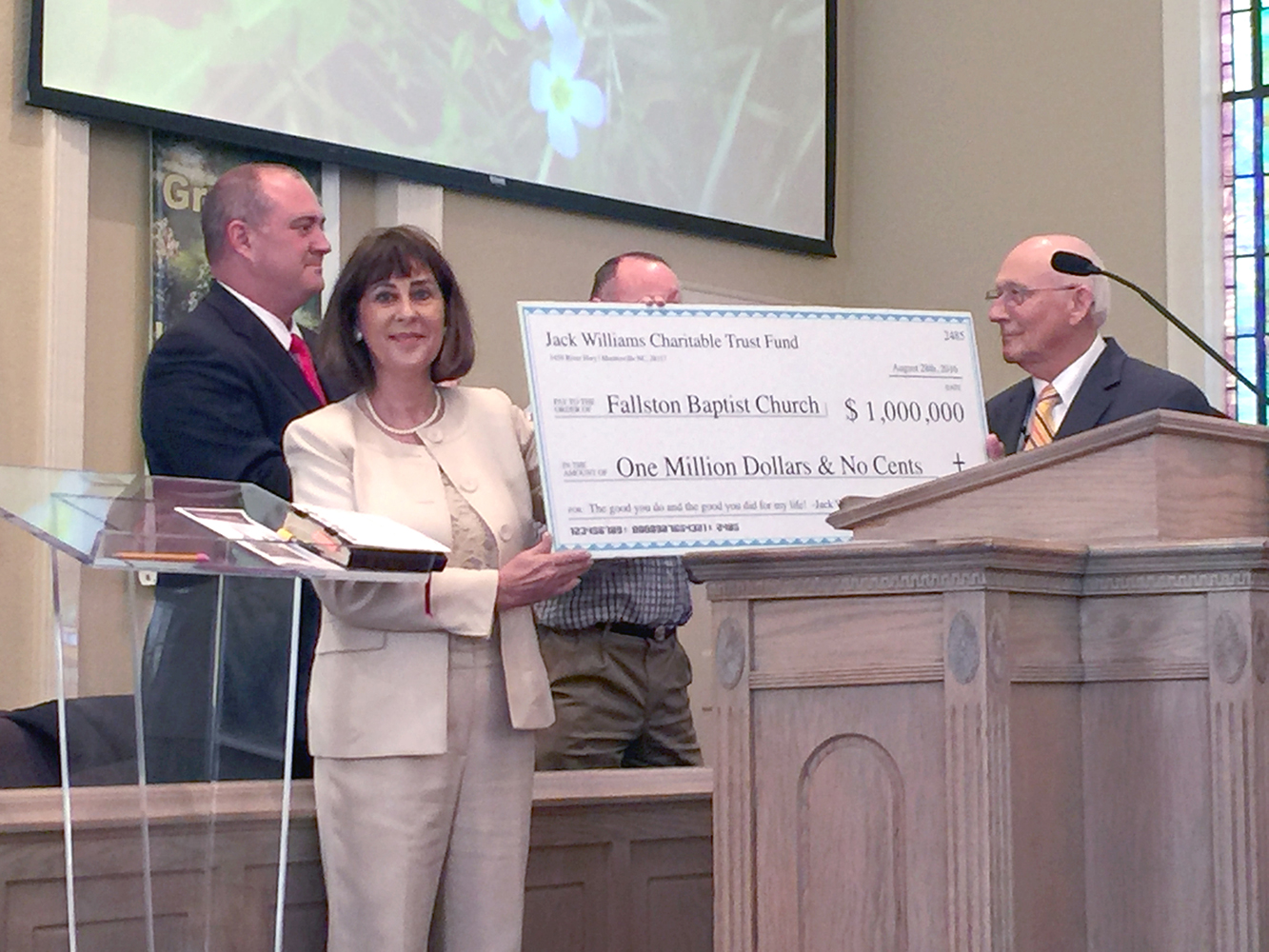 Rev. David Blanton (right) of the Fallston Baptist Church gives a look of congratulations to deacons of the Church as a check for $l million was given to the Church for construction of an activities center. The check was given from the trust of Jack R. Williams, owner of Queens Landing in Mooresville.  Williams had been a member of the Church for 72-years and passed away on January 5, 2016.  Presenting the check of his behalf was Queens Landings Vice-President Deborah Harwell. 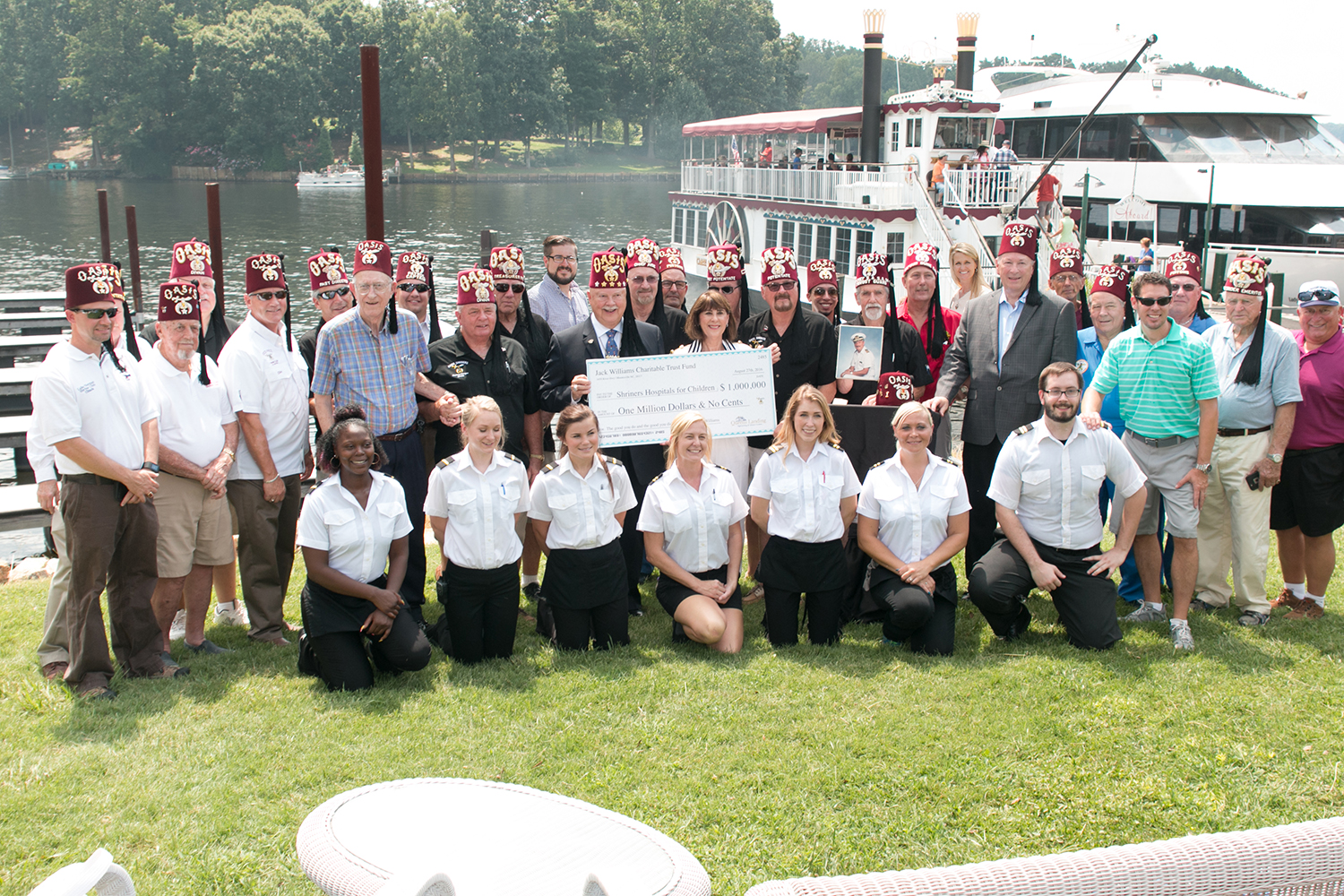